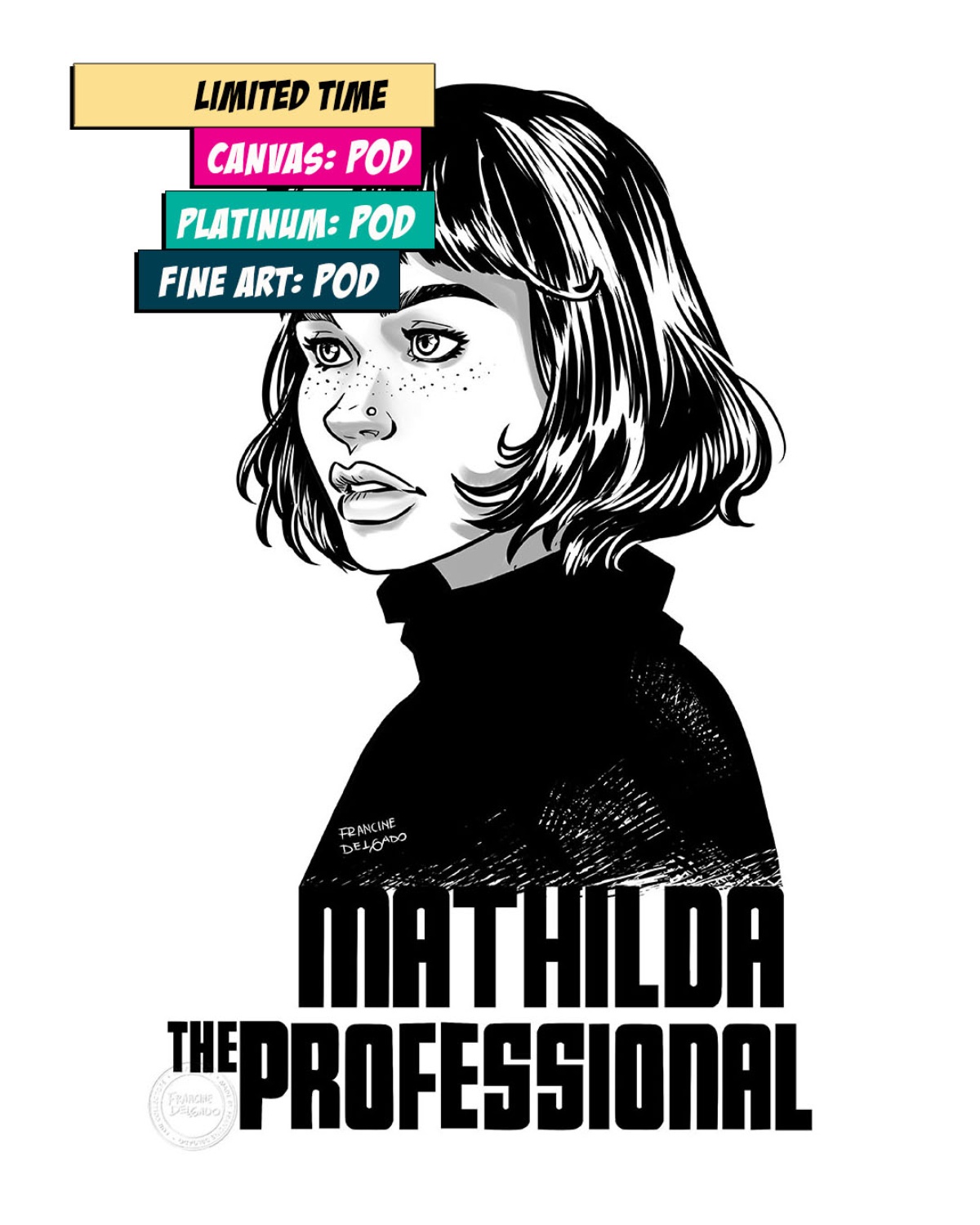 "I love the film ‘Léon: The Professional’ and this was my vision of carrying the story forward with a grown-up Mathilda…” - Francine Delgado

Recognized as ‘The Professional’ in North America, this 1994 English-language French action-thriller film was written and directed by Luc Besson, and was the first film credit for actress Natalie Portman (Star Wars). The protagonist character Léon is a professional hitman who reluctantly takes charge of 12-year-old Mathilda (Portman), after her family is murdered by a corrupt DEA (Drug Enforcement Administration) agent. Léon and Mathilda form an unusual relationship, as she becomes his protégée and learns the hitman's trade.

"This print was an act of love for this character and the film, and is my vision of a styled grown up version of Mathilda. It is a personal sketch that I am excited to share because I hope more people discover this wonderful and exciting story. A personal dream, I would love to develop a graphic novel sequel to the film and continue Mathilda’s story. – Francine Delgado