X-MEN: STORM DERBY - from the archives of Francine Delgado
<p>Number one in a multi-print series featuring the strong young women of the X-Men as members of a roller derby team.</p>
https://www.youtube.com/watch?v=8QOv7bykBeY
X-MEN: STORM DERBY 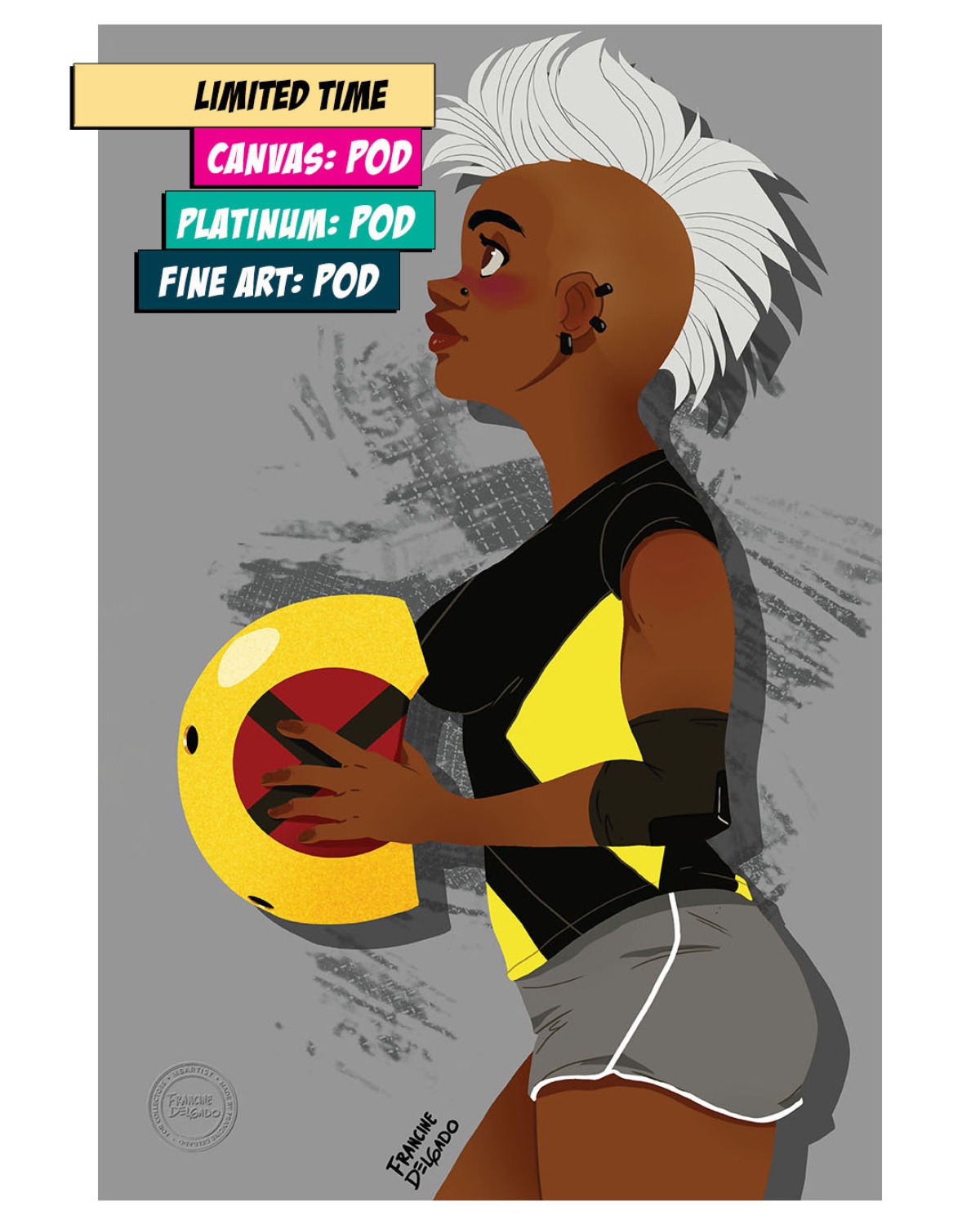 Number one in a multi-print series featuring the strong young women of the X-Men as members of a roller derby team.

The X-Men team of enhanced persons (mutants) by Marvel Comics creators Stan Lee and Jack Kirby was adapted for television in 2009 as the American-Canadian animated series ‘X-Men: Evolution.” In this version, many of the characters were teenagers rather than adults .The youthful team of future heroes was the inspiration for this series of prints.

"Storm was one of the first heroes I drew in my series of ‘roller derby’ X-Men, celebrating the strong women from one of my favorite series. She was one of my favorite characters. After Storm, I started thinking about what an alignment of prints might look like in a series and so I went on to create Jean Grey, Rogue and Dazzler.” – Francine Delgado